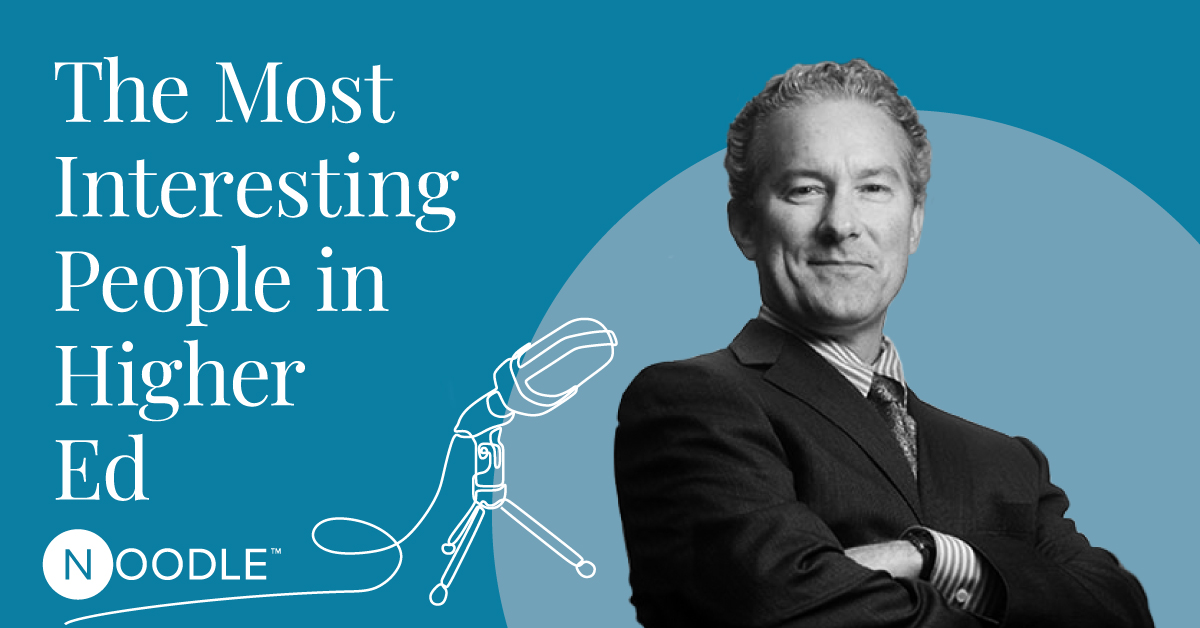 As the Chief Strategy Officer for Noodle, Lee Bradshaw meets – you guessed it – a lot of interesting people in higher ed. In Noodle’s debut podcast, Bradshaw speaks with leaders from every facet of higher education to tease out their stories and learn about how they’re moving and shaking an industry that notoriously values tradition.

What exactly does it mean to be the Chief Innovation and Entrepreneurship Officer at UC Berkeley? We wanted to find out, so we invited Rich Lyons to give us the scoop. Rich discusses the exciting initiatives he’s involved in at Berkeley, including a bio-enginuity incubator, a research infrastructure commons, and the “Changemaker” course. Rich and Lee discuss how his work brings the university closer to the line between innovation and tradition in education— and how uncomfortable that makes people. Rich thinks a lot about conflicts of interest and how far he can reasonably push things at a prestigious university like Berkeley. Lee asks Rich about inflation and macroeconomics, and the two discuss what we can learn from that field of study.

Rich Lyons is a Professor of Economics and Finance at the Haas School of Business, where he served as dean from 2008 to 2018 and acting dean from 2004 to 2005. In January 2020, he became the first Chief Innovation and Entrepreneurship Officer for the University of California, Berkeley. In his new role, Lyons oversees development of the campus-wide ecosystem for innovation and entrepreneurship, including patenting and technology licensing.

Noodle supports many of the best universities in the United States.
We’d love to connect with you to understand your goals and discover how we can help.

Click below to book a meeting with a member of our partnerships team!

Check-out our Podcast and follow our conversations with some of the greatest minds in Higher Ed.

Sign up below for our monthly newsletter to stay up-to-date with the Noodle network:

Thank you! Your submission has been received!
Oops! Something went wrong while submitting the form.

© Noodle.com 2022
Terms of ServicePrivacy PolicyCookie PolicyDo Not Sell My Info